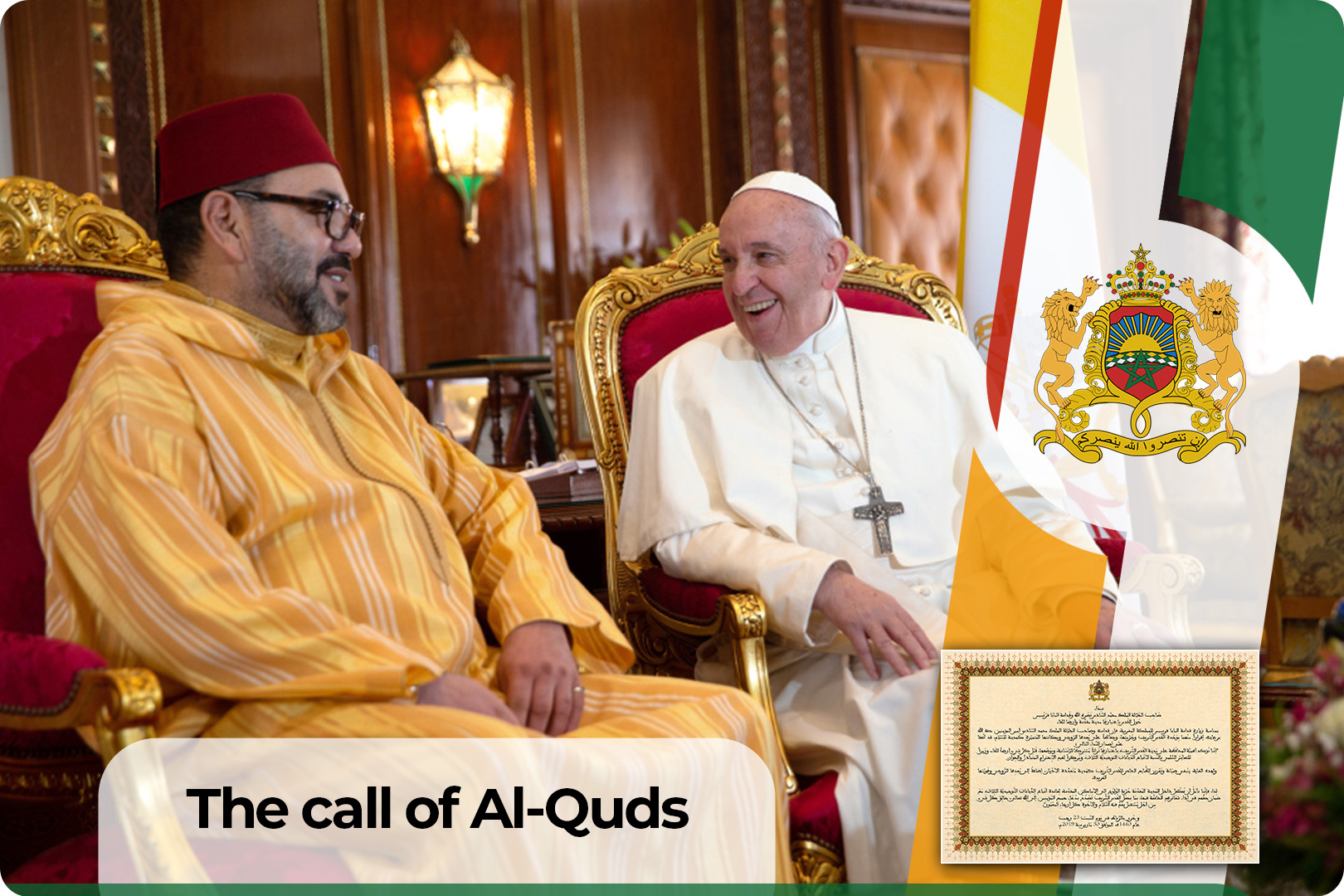 Here follows the full text of this Call :

and His Holiness Pope Francis

a Holy City and a Meeting Place

On the occasion of the Holy Father’s visit to the Kingdom of Morocco, His Holiness Pope Francis and His Majesty King Mohammed VI, Commander of the Faithful, recognizing the uniqueness and the sacred character of Jerusalem / Al-Quds Al-Sharif, and caring deeply about its spiritual significance as well as its special vocation as a city of Peace, issued this joint Call:

« We believe it is important to preserve the Holy City of Jerusalem / Al-Quds Al-Sharif as a shared heritage of humankind and to safeguard it, above all for the believers of the three monotheistic religions, as a symbol of peaceful coexistence and as a meeting place where mutual esteem and dialogue are fostered.

To this end, the specific multi-faith character, spiritual dimension and special identity of Jerusalem / Al-Quds Al-Sharif need to be preserved and enhanced.

We therefore hope that, in the Holy City, the followers of the three monotheistic religions will be guaranteed free access to religious sites as well as the right to practice their faith there, so that from Jerusalem / Al-Quds Acharif, the believers may address a prayer to God, the Creator of all beings, for a future of peace and brotherhood on earth ».