Overview on the Agency : Projects and Achievements 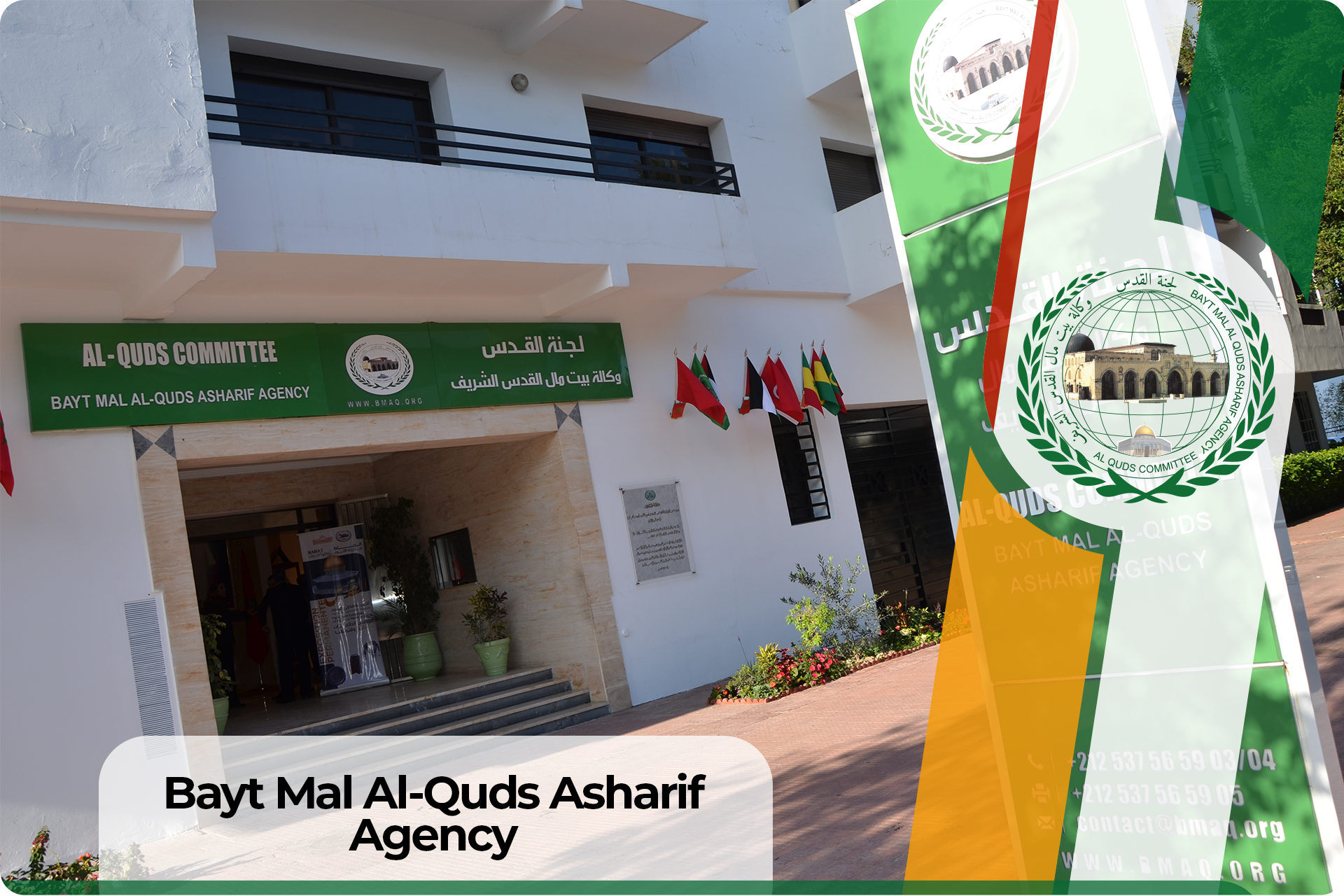 Bayt Mal Al-Quds Asharif Agency (BMAQ) was established in 1998 on the initiative of His Majesty the late King Hassan II, may his soul rest in peace, and with the blessing of the leaders of Arab and Islamic Countries, it was charged of raising donations and mobilizing resources in order to achieve the objectives for which it was created, and were defined in its statute:

Accordingly, the BMAQ Agency, the executive arm of the Al-Qods Committee, emanating from the Organization of Islamic Cooperation (OIC), works on fulfilling its mission in protecting Al-Quds and supporting the steadfastness of its persistent people, following the high instructions of His Majesty King Mohammed VI, King of the Kingdom of Morocco, Chairman of the Al-Quds Committee, and under the direct supervision of his Majesty.

In order to finance the projects and programs set within the framework of a five-year plan, approved by its deciding bodies, namely the Trusteeship Committee and the Administrative Council, the BMAQ Agency’s regulations and statute provide for taking the necessary measures to mobilize resources and establishes appropriate governance mechanisms to manage and disburse resources, according to an approach based on integrity, transparency, tracking, accountability and evaluation of achievements, in consultation with the people of Al-Quds and their institutions.

Despite the limited funding and its restriction in recent years, the regular and annual pace of achievement places the Agency at the forefront of institutions working in Al-Quds; owing to the fact that, since its establishment, it has funded several vital projects in the social and cultural fields, education, health and housing that have had a direct and tangible impact on the people’s live.

Among the founding projects implemented by the Agency in the framework of the ongoing social assistance programs:

In addition to that, the Agency works on encouraging the protection of authentic Palestinian arts to preserve the local folklore with its distinctive costumes, colors and dances, by holding a permanent exhibition at its headquarters in Rabat for the heritage and arts of Al-Qods, to encourage this sort of activities.

To conclude, the Agency of Bayt Mal Al-Quds Al-Sharif (BMAQ) has succeeded in achieving significant accumulation in the service of Al-Quds Al-Sharif and its people, and has been able to establish mechanisms and entrench working by administrative systems that ensure the delivery of support to those who deserve it in safe and transparent ways, in accordance with standards accredited in various international organizations, which depend on donations for funding.