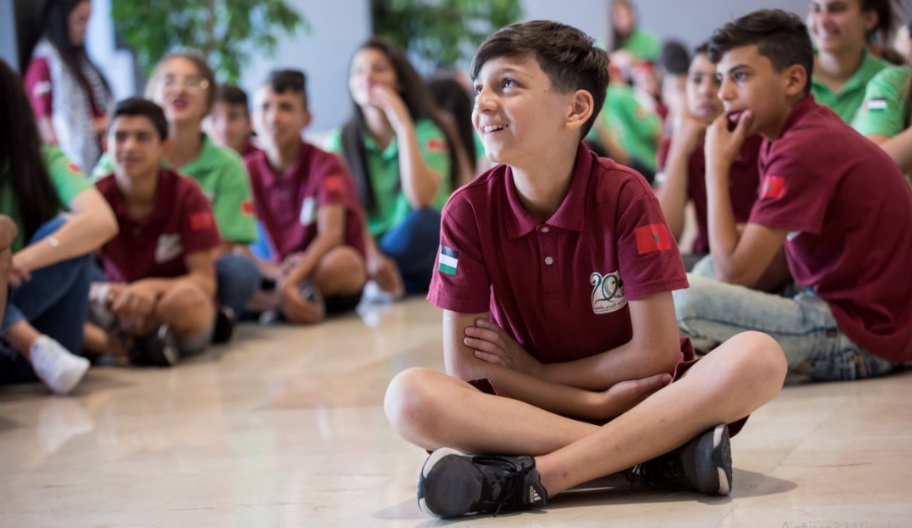 Purchase of computers for cultural clubs in Al Quds : The project seeks to equip two major labs for 40 cultural clubs in Al Quds, under the supervision of the department of youth and sports in Al Quds. Sessions of 8 to 10 hours are held on a daily basis in these labs for 200 persons in all computer fields. It will ensure that young people from Al Quds will spend their free time in beneficial activities that accompany scientific and cultural evolutions. The program will supply to the labs 20 computers and 3 printers.

–         Renovating a sports stadium for the Social Bourj Allaqlaq center : The project is undertaken to serve the interests of the children and teenagers in the old city and neighboring areas. It will often be used to host competitions of football and other outdoor sports, since the old city does not have any outdoor facilities for the inhabitants to have leisure activities and spend their free time. The project consists in refurbishing, adding a football stadium and renovating multi-usage stadiums (basket ball, volley ball, Tennis, hand ball) as well as fixing the fences around the stadiums. These stadiums are to be used by more than 60 children and teenagers daily.

–         Refurbishing a sports stadium for the Jbel Azzaitoune association : the project seeks to renovate the stadium ground to enable the clubs and athletes of Al Quds practice their daily and official activities. The project consists in renovating the Jbel Azzaitoune stadium ground and adding a layer of sand adapted to stadiums, in addition to building a wall around the stadium. This sports facility is considered as vital since it is located in the Attour area which does not have any.

Building a sports school for the Hilal al Maqdissi club : The project consists in building a school for football and table tennis to be a basis for skilled children who are deprived of such a service. The goal is to enable students spend usefully their leisure time, look for new skills that only need some honing, meeting students’ most basic needs that are lacking in their schools, clubs and local communities, consolidating their belonging and instilling lofty values and, finally preserving the students health and psychological wellbeing. The project consists in supplying sports equipment and tools, such as balls, sports shoes and dresses, a first-aid case, ropes and tennis tables, in addition to paying coaches who have committed to train the youth according to a set timetable for six months.

Sports equipment and office furniture for the social youth center –Chaafat camp :  the project seeks to develop and support the center so that it can assume its duty for the camp youth through several activities, mainly sports, scouting, cultural, social and arts activities. The project consists in supplying various sports equipment and tools to the football, table tennis, wrestling, boxing, body-building, and weight lifting teams, in addition to catering for the needs of the scouts, and the popular dabka bands and providing the center with metal lockers, office desks and chairs.

Travel expenses of the Palestinian swimming team :  The project consists in paying for the trip of the Palestinian swimming team to Morocco to take part in the Mediterranean swimming cup competition held in Casablanca in order to give the swimmers a chance to compete with other countries. The Agency paid for the travel costs of six swimmers, a coach and an administrative assistant and supplied them with swimming suits for the competition.

An allowance for the Palestinian Judo team: The project consists in catering for the needs of the Palestinian judo union team and paying to the team members an allowance to participate in the Arab championship of champion clubs in Marrakesh.

Purchasing sports equipment for the Palestinian Aikido federation: Supplying to the Aikido team members sports dresses and shoes in order to participate in a training session held in Paris.

Purchasing sports equipment for the Jbel Al Mekber swimming team :  The project’s goal is to develop competitive swimming and enable the people in charge of the Jbel Al Mekber swimming and water sports club train an unlimited number of young people all throughout the year. The project consists in purchasing sports equipment needed to improve the performance of the national team, knowing that all the team members and coaches are volunteers whose main is to develop the swimming sports.

Printing history books for the Palestinian national archives :  The project seeks to revive the research and studies that  confirm Al Quds population’s right over their land. Indeed, the agency has financed the printing and publication of historical books on the city: 500 copies of the book «Liqaa Inda Bawabat Mandaloub» by Ahmed Faouzi Abdeljabbar and 500 copies of the book «Tarikh Madinat al Quds» by Dr. Awad Majeed Al Aadhami were published.

Office furniture for the Palestinian education center : The project consists in equipping the education center that seeks to encourage students continue their secondary studies by taking additional education sessions and programs that complete conventional education in addition to other sessions in computer, Arabic writing and languages. The project consists in supplying and assembling office furniture (chairs, tables, bookshelves, a desk, …)

Building a cultural center in Soor Baher for the Zakat Commission –Soor Baher :  The project consists of building a cultural center in the Sour Baher neighborhood in Al Quds in order to extend counseling and cultural and social services for the neighborhood population and for Al Quds inhabitants in general. Construction of the four-story building was, thus, completed and maintained. The underground was used for storage and as a parking while the ground floor became a general library and the first floor hosts a computer center and language center as well as a conference hall. The administrative staff settled in the second floor.

Summer camps in Al Quds : The program seeks to enable Al Quds children participate in leisure, cultural, sports and arts activities that educate them, help control moral and behavior delinquency and consolidate the values of citizenship, responsibility and collective commitment. It also gives Al Quds pupils an opportunity to spend happy summer holidays. The program consists in holding annual summer camps for 2500 children –aged between 7 and 13- from Al Quds, with an average of 100 participants for each of the 25 camps. The Agency which carries out the program in cooperation with the education department, the sports clubs and the charity associations of the city, purchases hats, books, arts tools, games, sports equipment and tents, pays for the costs of trips and pays an allowance to the camps staff.

Summers camps in Morocco: This program is held annually under the auspices of HM king Mohammed VI, chairman of Al Quds committee, who grants a special interest and hosts the summer camps held in Morocco. This high solicitude confirms the constant care that His Majesty gives to Al Quds and its inhabitants. The program objective is to give to the children of Al Quds a chance to get acquainted with the Moroccan culture and contribute to consolidating brotherhood between Moroccans and Al Quds inhabitants. It is also an opportunity for the children of Al Quds to spend good time, travel to Morocco and spend their spare time in a useful manner. Fifty children –under 14- from Al Quds travel to Morocco for a summer camp and take part in leisure and cultural activities held by Bayt Mal Al Quds agency.

Renovating the Arab association for blind persons :  The project seeks to prevent the association offices from collapsing by totally renovating the roofs of the building in order to protect the site and the population, in addition to repairing the kitchen, the bathroom and the office as well as maintenance of the multi-usage room.